To enable Guild members to make contact with each other, the UK is divided into regions. In each region one member volunteers to act as a representative, helping to organise events, welcoming new members and being a link with the Executive Committee.

As each region is different, geographically and numerically, they organise themselves as they wish. Some hold regular meetings or workshops and have local committees to share the work, while others meet informally in small groups for a days enamelling.

Members in one region are most welcome to attend events in other regions, always subject to there being enough space at the venue. Contact details for the various representatives are listed in the journal and in the members area of the website.

Regions 1 and 2 cover Scotland, the North of England and Northern Ireland. Being so widespread, they meet for a weekend once a year, usually in the autumn, for a two day workshop which is planned at another meeting during the Guild’s annual conference. This gives an informal opportunity to discuss problems, see other people’s work and go home with fresh incentive. Some members meet more frequently in their own localities and their current representative is always happy to give (free) tuition to any who make the journey to Edinburgh.

Region 3 is numerically quite small and covers North Wales and the Northwest of England. Regional workshops are generally held according to demand, usually at venues on Merseyside. The Region has access to kilns and enamelling equipment so that even complete beginners and new members can participate fully in these meetings. 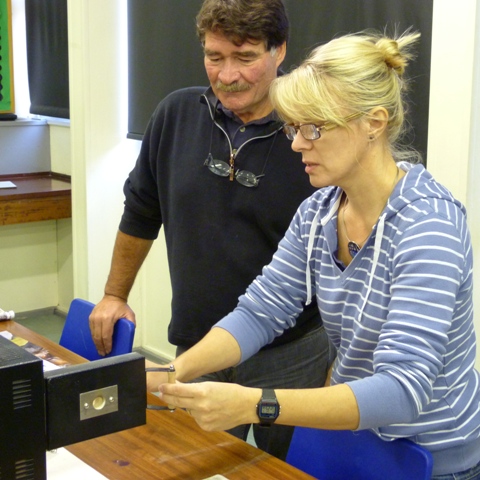 Region 4 covers central England and mid Wales. All meetings are held in Shrewsbury where we have access to a large room which includes 2 gas kilns and some basic enamelling equipment. We meet about 8 – 9 times a year for general workshops and tutor led workshops on specific topics. An annual levy of £4 keeps members informed of all meetings and minutes of each meeting. A library is also available. We have a small committee which works as a team to welcome new members, visitors, guests, organise speakers, workshops and visits. A welcome pack is sent out to all new Guild members in this region, which includes maps, contact details of committee members, local levy details, and a calendar of planned events. The region welcomes novice and experienced enamellers alike into a friendly and sharing group.

Region 5 is also numerically small, since much of it falls in East Anglia where membership is very widely spread. Consequently communication and the exchange of enamelling information is primarily by post, telephone or email and every member gets two regional newsletters a year as well as a welcome on joining. Where possible members are encouraged to meet, and a small long established group, mostly consisting of those living near the Bucks/Herts border and known as The West Anglian Group get together socially and to enamel several times a year. 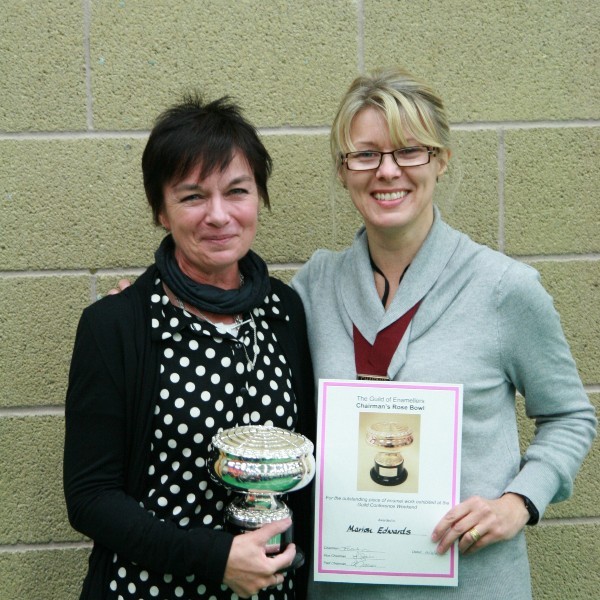 Region 6 covers the West Country and runs workshops three times a year, usually in August, October and January. We are lucky to have Kingswood Foundation in Bristol and Dartington Workshops as venues, and are always on the lookout for other places so we can cover the whole area. Topics for the workshops are suggested by the region members, and are generally led by one of them. They are a great opportunity to meet other members, share skills and learn new ones.

Region 7 covers London and the South East, across from Hampshire right up to Oxfordshire. We currently have over 90 members. We run 4 or 5 workshops per year with one Open Day to attract members of the public into enamelling. Workshops are decided at our AGM in January each year. They are cheap, very informal and a lot of fun, led by teaching members in the region. No need to be an expert enameller, just enthusiasm! Come along and join the fun, make new friends, catch up with old ones and learn some new skills. 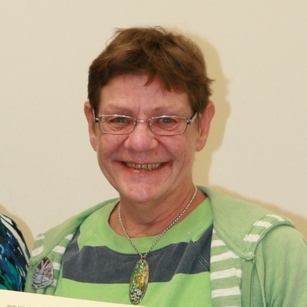 Region 8 Members in this region are scattered all over the world, from the Irish Republic to Australia. Some of them do not have an enamelling association in their own country and welcome the contacts they can make with other enthusiasts.