Joseph Currie (1928-2012) was a tutor at Gray’s School of Art in Aberdeen. He also enamelled large panels of which the one on page 22 is a beautiful example. After he retired he moved to Edinburgh. We think he may have been a Guild member at one time; certainly it was the Guild he contacted when he eventually decided to sell his remaining equipment and enamels and Dorothy Cockrell came to have some of his copper and his board of test colours. 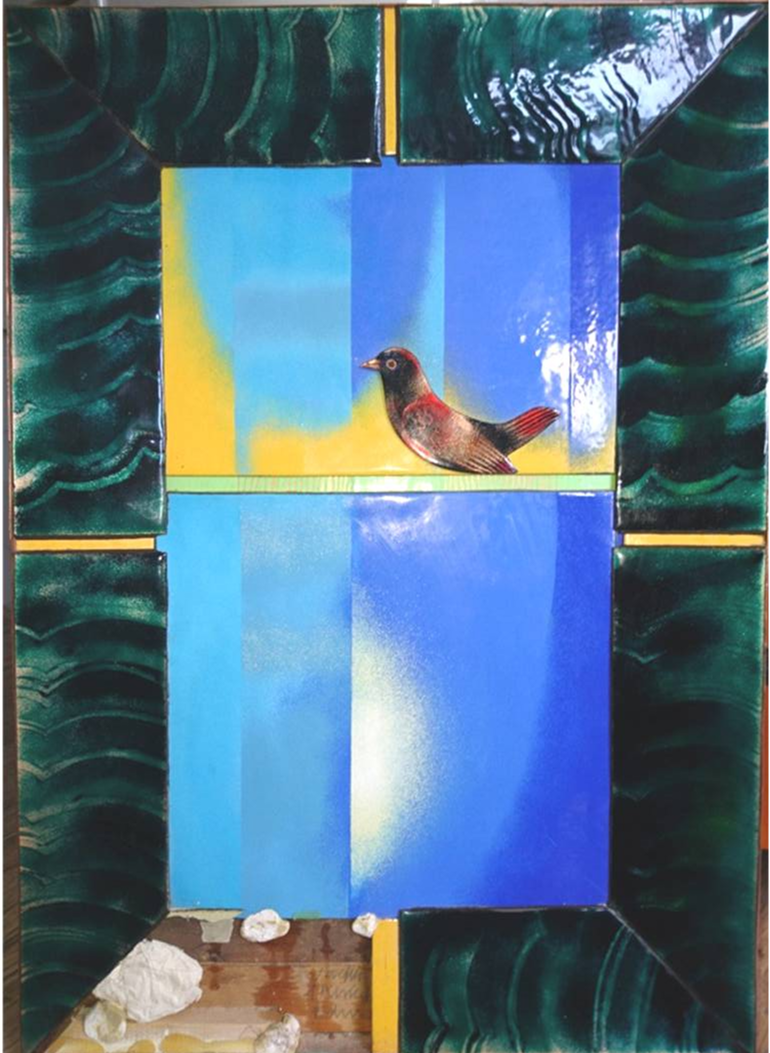 The piece in question eventually finished up in a shop in Aberdour, Fife where in the early 2000s the present owner, Sam, saw and fell in love with it. Her mother bought it for her. Some years later it was damaged during a house renovation and a section of the border panel was lost.

Sam tried all over the UK to find an enameller who would make a replacement, but no one wanted the job. Eventually, someone suggested Edinburgh might be the place to look and she brought it to Dorothy who didn’t have time to do it, but offered to show Sam how to do it herself.