This very popular workshop tutored by Jenny Edge, was requested by so many delegates, I believe attendance was decided by drawing names. I consider myself incredibly lucky to have got a place! 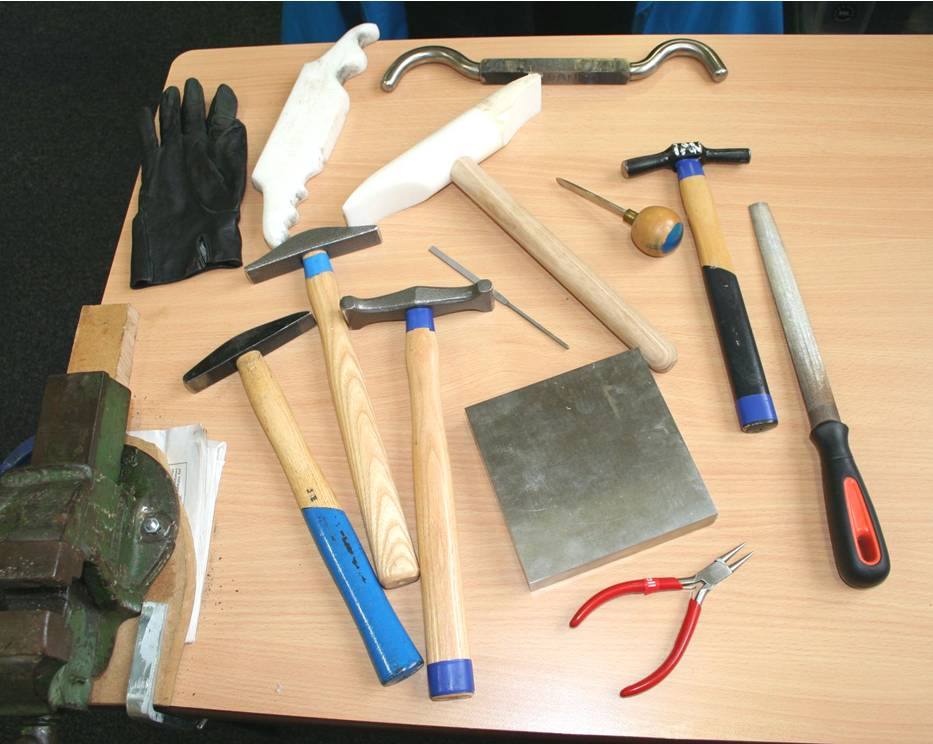 We all arrived, to be greeted by Jenny and an impressive array of hammers, vices and forming tools, and, although we had of course known we would be hammering silver, the fact that we needed very firmly attached BIG vices did hammer (no pun intended) the message home!!!

Jenny briefly and clearly explained the task ahead, telling us exactly what anticlastic forms were, and showing us some beautiful examples of pendants, and a board showing the stages of development of a pendant. 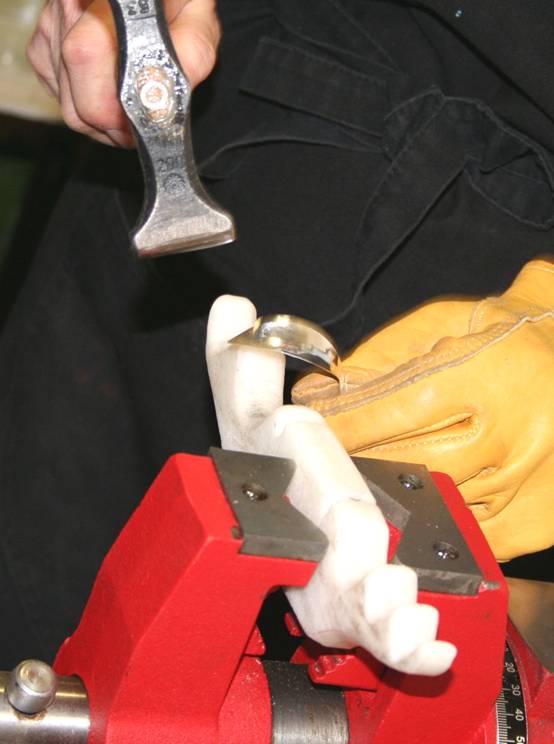