It’s been a long time coming and I didn’t realise it was there.

Years of being fascinated with manmade metal work, which is functional but has beauty and pattern, has turned out to be inspiration for many of my designs for jewellery.

I live in Shrewsbury, not far from Ironbridge. In the past we had many local forges. The last one in the town was taken over, and partially demolished in very recent years, to make way for our Theatre Severn on the banks of the river Severn.

I mention this because a happy fact of our worn out and not up-dated drainage system in the town means we still have many Victorian manhole covers which were made locally at those very forges they are truly original – I love them.

Most readers probably share my passion so I don’t need to go on about it too much, but perhaps you’d like to see a few of them and some of the jewellery inspired by them, which has been sold and, I hope is being worn and enjoyed.

Number 1 is the first one I looked at using– I tried to adapt it, shape it, change it but then thought why? It’s good the way it is. It was on New Street in Shrewsbury and mysteriously disappeared after road improvements. An embarrassing telephone conversation, with the council, followed when I had to admit I had made an enamelled pendant – ‘just like it’! – sadly the original has never been found. 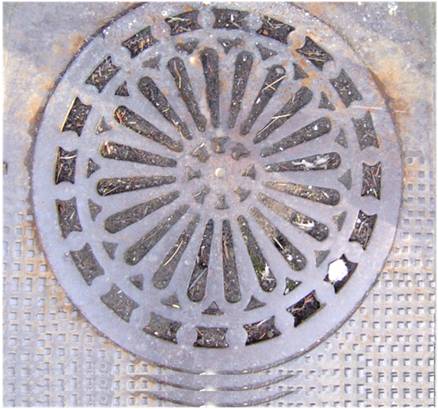 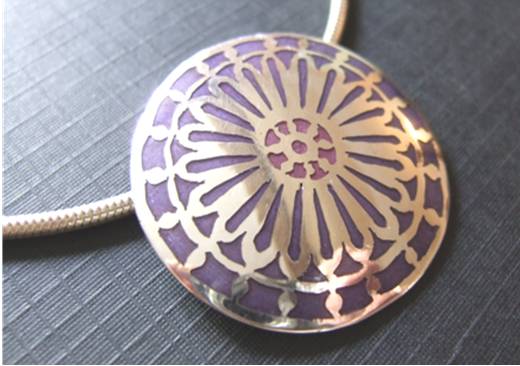