Jane started the workshop by describing panels she had seen being enamelled during a visit to Japan. She showed us a picture: it was a scene of flying cranes with Mount Fuji in the background. The cranes were worked in traditional cloisonné with the wires in but Mount Fuji had been pushed into the background by removing the wires before firing. This achieved a softer effect in the transition from one enamel colour block to the next and produced the perspective. 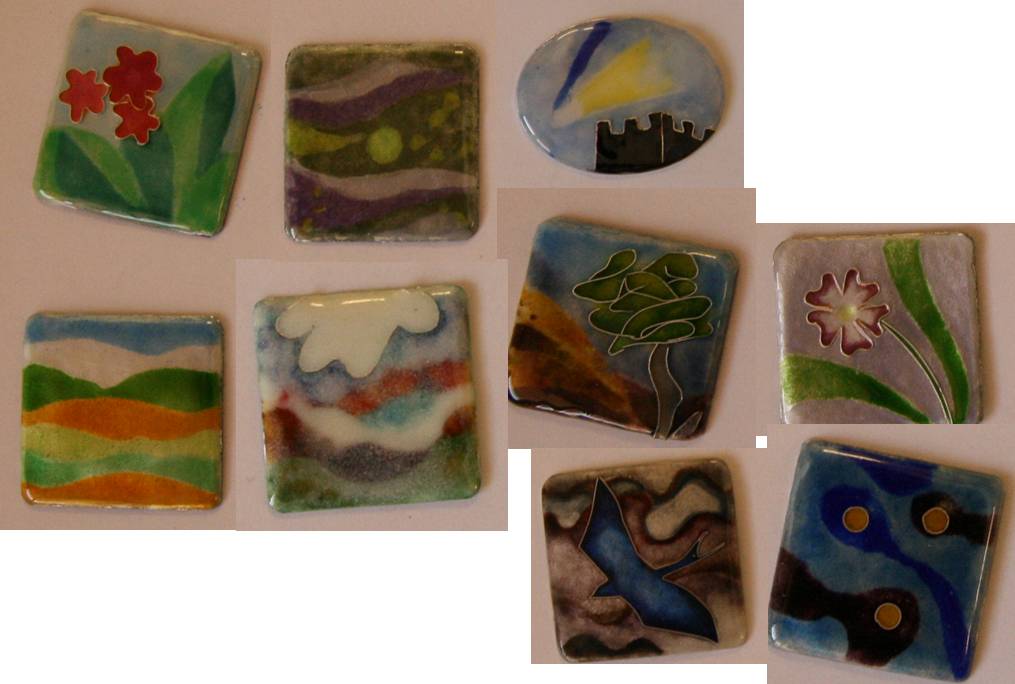