Some Alchemy with Leaded and Lead-free Enamels

The transmutation of matter. It’s much like life, really. An errand boy for the Co-op in Hartlepool then, by some happy chance, I was tapping out Morse code in the wireless rooms of cargo ships in tropical storms. When ITV started, they grabbed anyone with practical electronic skills and so into the engineering of TV studios I dropped. Thirty years later, the excitement and glamour of TV had faded – so I left.

Early retirement is fine, but a man needs to use his hands. I tried silver-smithing. On the workshop bench stood an enamelling kiln that nobody used. Twelve months later the tutor complained that I’d spent the whole time with the kiln and made not a single silver item. ‘But, it’s fabulous’, I said. ‘This furnace transmutes crude copper and glass into such beauty – it’s all I want.’ 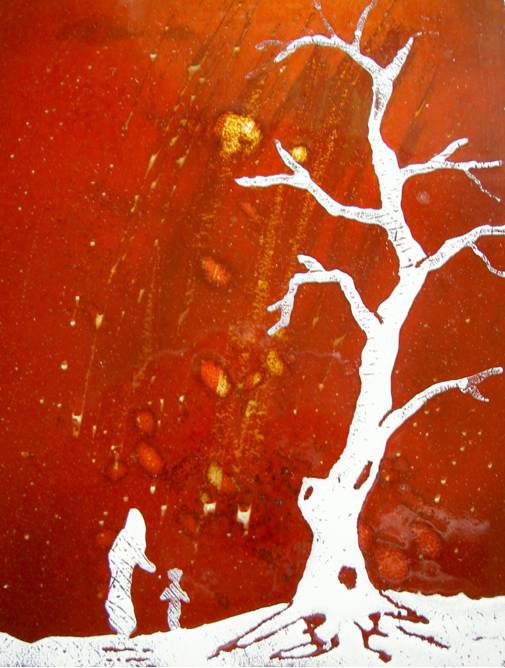