** This report has been corrected as detailed in the Winter 2011 journal. i.e. the decals were on-glaze and not under glaze. The company mentioned ( www.ceramicdigital.co.uk ) only produces on-glaze decals.

Tamar told us that she is now increasingly using photographic decals in her work (her cups bearing images of tree branches were on display at the conference). She said that she finds decals particularly useful to communicate ideas and memories in her work, for instance using photographs from her family history.

She talked about the English tradition of using print on enamel, going back to the eighteenth century, in Battersea and Bilston enamelled trinkets and clock faces. More recently, street signs and architectural panels, like those on the London Underground, have been produced using photographic transfers onto a silkscreen or digital methods. She mentioned contemporary enamellers like Gretchen Goss, Dale Devereux-Barker and Elizabeth Turrell, who make interesting use of print in their work. 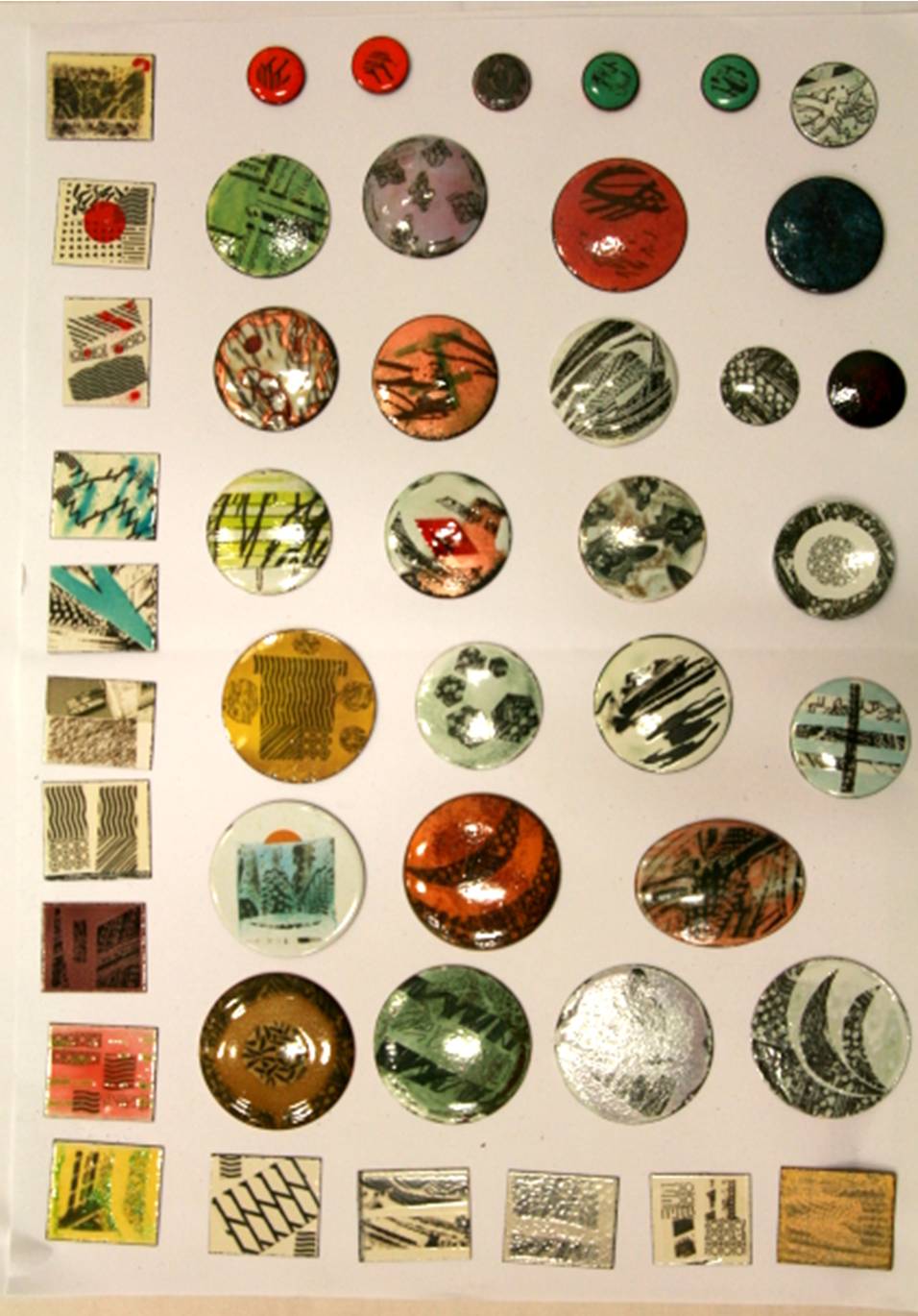