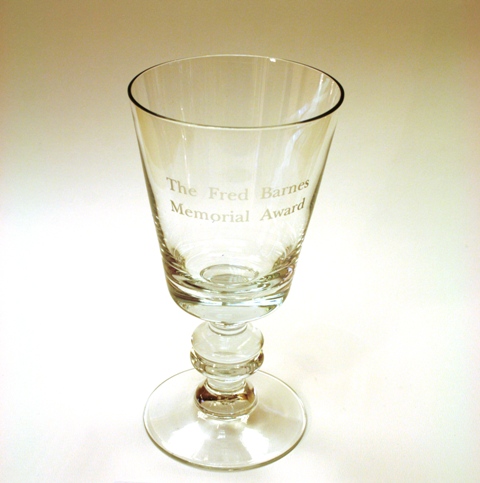 This will be presented for the Selectors' choice of the best work on precious metals using the Champlevé, Plique-a-Jour or Basse-Taille techniques.

Charles Frank Barnes, better known as Fred, was an original promoter of the Guild and an early Selector. He was probably best known for his fine champlevé work. As a senior part time teacher at the Sir John Cass School of Art & Design, in London, he encouraged students to learn and use traditional skills of enamelling, to explore their own ideas and to share their new found knowledge with others. Several Guild members were taught by Fred and continue to recycle his learning and determination to achieve excellence by care and control, through Guild workshops. After he died in 1989 his son Phil , another master enameller, donated a trophy in his memory.